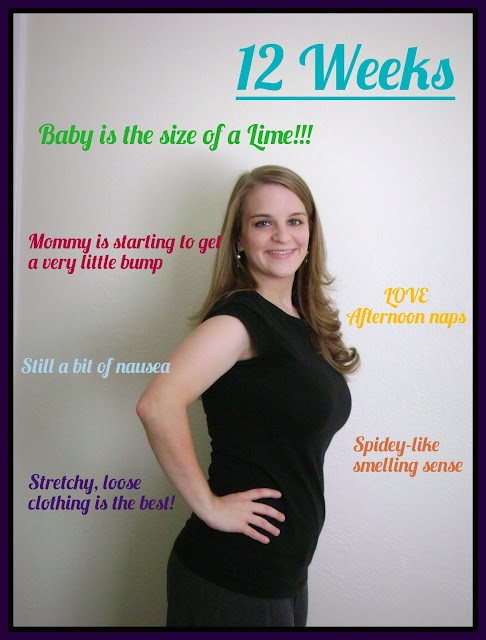 And so begins the profile pictures which will show the growth of the baby belly! I figured it was about time, now that we finally reached the last bit of the first trimester. Whew, it feels like I've been waiting forever for this moment, even though I know it is nothing in the grand scheme of things. I'm sure the rest of the pregnancy will fly by and then the baby will be here before we know it, but I've been so looking forward to getting past the nausea and (hopefully) starting to look pregnant, not just feeling pudgy. I'm really ready for that cute bump to just "pop" on my tummy and for the moment when I can actually feel the little munchkin inside me!

As you can see, I still am experiencing all the typical first trimester symptoms, which I'm pretty much grown accustomed to now after so many weeks living with them. What has been nice is that I've gotten some more of my energy back and actually was able to start going to the gym a couple weeks ago, and Michael and I are also starting to take evening bike rides around our neighborhood (don't worry, I'm not at the "off balance" stage yet, and we're being extra careful until then too). It's been nice to be able to feel like I can get back out of the house more and to just get moving. I've missed exercising, although I'm still having to take it easy because my stamina waned over the past several weeks without much movement!

All in all, we're doing well and just trying to stay cool and active in this hot desert Summer weather. Yay for that! At least I have Otter Pops to help me out in that respect!
Posted by Unknown at 5:36 PM 6 comments

I thought I'd take the time to share some of the fun facts surrounding our finding out we were pregnant and a few other details from the beginning of this journey. 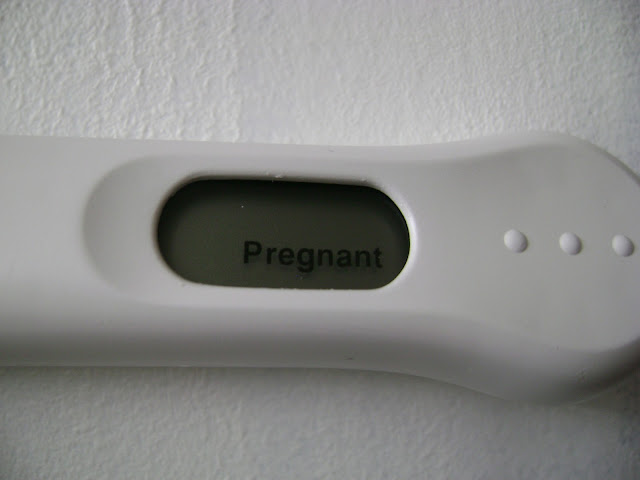 We found out we were pregnant on May 28, 2013. And if you remember the significance of that date, it just happens to be our anniversary...our 4-year anniversary! We had just started trying in May and I was pretty sure I was pregnant, but wanted to wait until our anniversary to find out. What a happy little reveal for us to find out on an already special day for our family. We found out our family was going to grow! 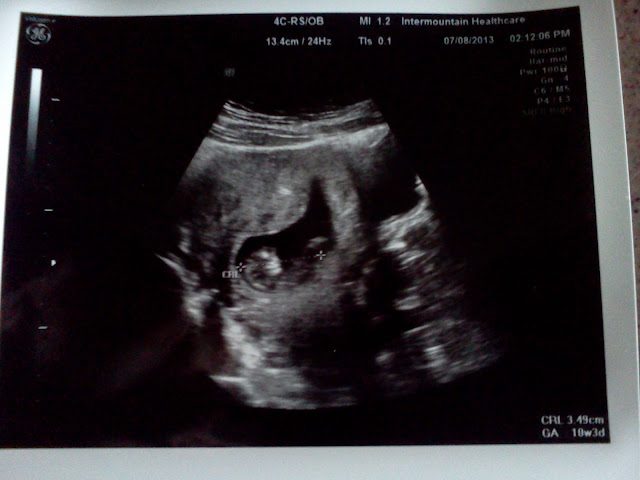 This is one of the ultrasound pictures from our 10 week appointment, the first appointment where we were able to see our baby and hear the sweet (and appropriately fast) heartbeat. It was wonderful to hear that for the first time and even though Michael and I had been joking about the "alien baby" he had infected me with (as the sickness has sometimes felt that way, lol), we definitely could tell that it was a very tiny human inside me! Although, once I heard the heartbeat, I did say, "It's ALIVE!". Yes, we're weird that way...this baby is going to definitely have a sense of humor of it gets anything from us!

We really like our OB, as she's from Texas, so there is some Southern common ground there, which makes things fun and enjoyable. We talked about gumbo, crawfish, and Cajun food at our appointment (along with many baby-related things too). Apart from that, she is really smart, personable, and informative. She has answered all our questions happily and kindly and I look forward to building a relationship with her as the pregnancy continues on.

All in all, I've been told that I am "super healthy" and everything looks to be perfectly in order with me and the baby, even in these early stages. We shall see how everything grows and develops as time goes on! I'm starting to feel things changing with my body and the sickness is reducing a bit naturally (although, I'm still taking the wonderful prescription for nausea I was given by my OB). Things are wonderful and we're happy!
Posted by Unknown at 9:38 PM 1 comments 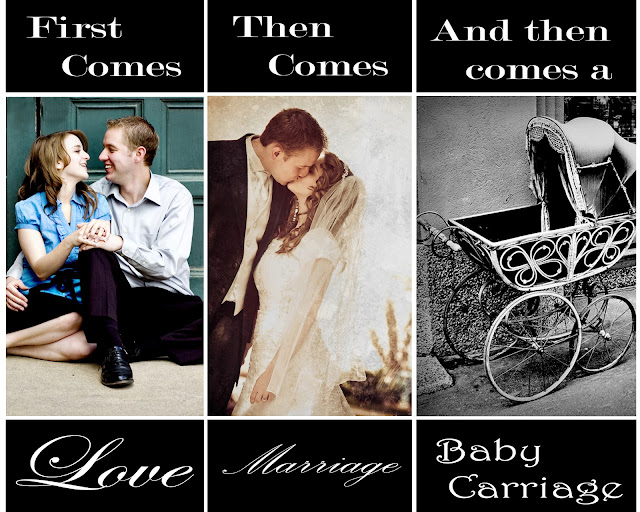 We already announced this on facebook, but I want to start blogging more frequently, especially now that there will be many fun updates to come in the future....so, it's official! We're pregnant!

Needless to say, we are very excited and look forward to our lives being changed forever, for the better. :)
Posted by Unknown at 10:28 AM 2 comments

Front Yard Before and After 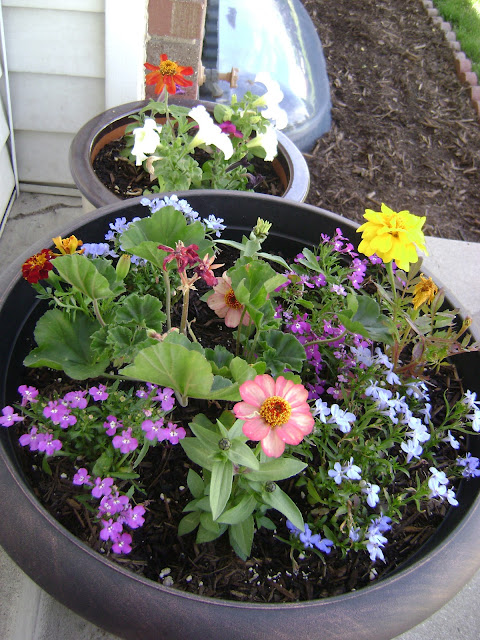 Time to show you what our front yard looks like and how far it's come since the land of "all grass and nothing else".  I thought I'd give you some pretty flowers to look at first before we delve into the ugliness that once was! 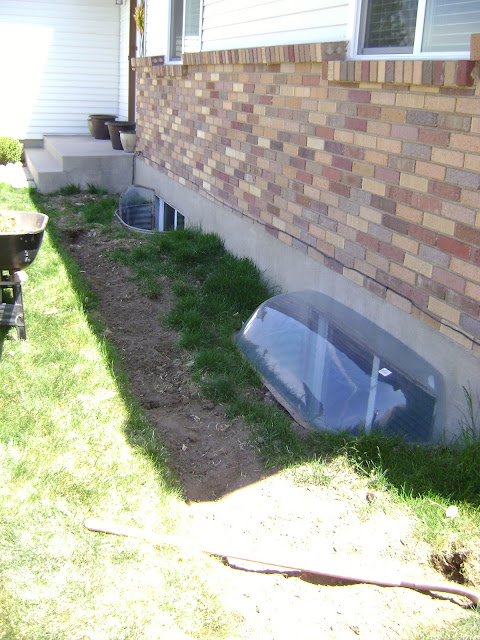 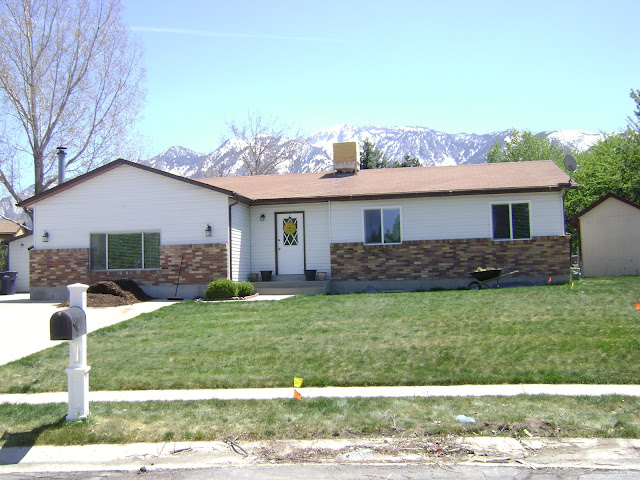 As you can see, more sod that had to be removed, along with a couple bushes that weren't really doing anything for that little space by the front door, so we transplanted them. You'll see where in a second. 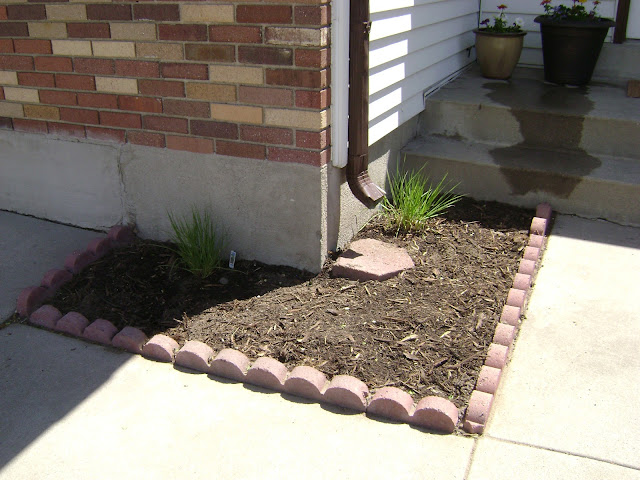 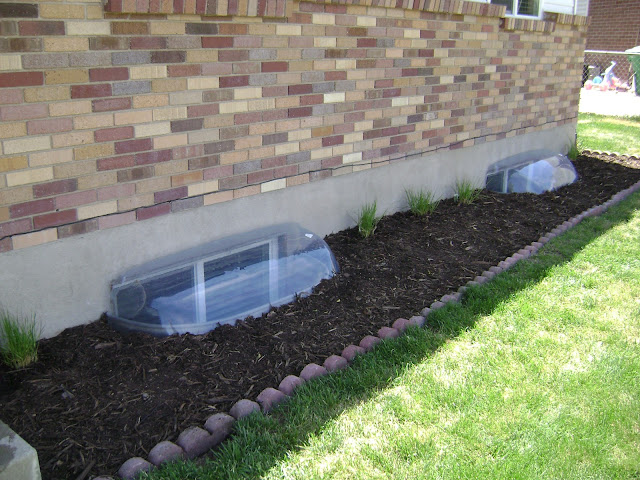 These are the front flower beds after the mulch was put in, along with feather reed grasses planted, and a border placed around the beds. The grasses are the same as in the backyard and they're going to look awesome once they grow to their full potential! 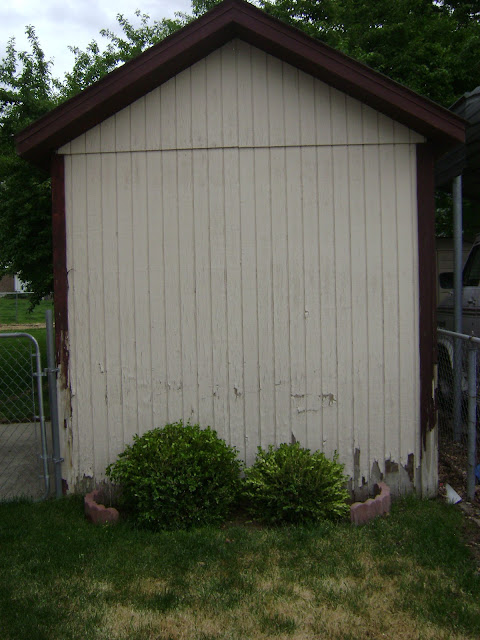 These were the boxwood bushes from the front of the house, transplanted to in front of our shed on the side of the house. As you can see, this area is a little boring and needed some love.

Plans we have for this side shed area:
Front Flower Beds 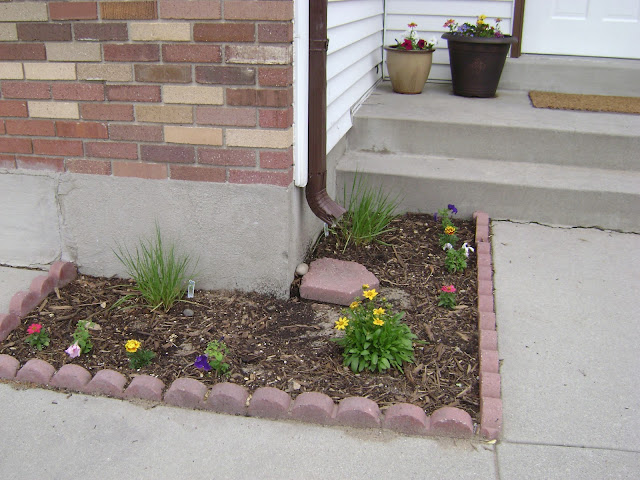 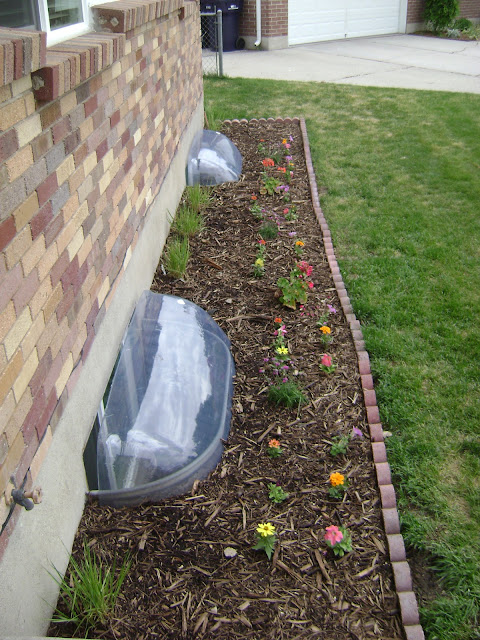 Now you can see what they look like since flowers have been planted. I mixed some perennials with annuals and they've already grown a lot compared to this picture (which was taken over a month ago). The grasses have really grown tall and are seeding right now. It's starting to look really great!

View from the Street 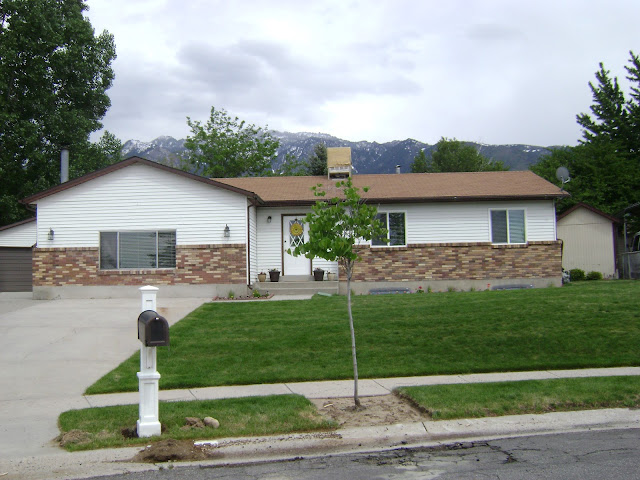 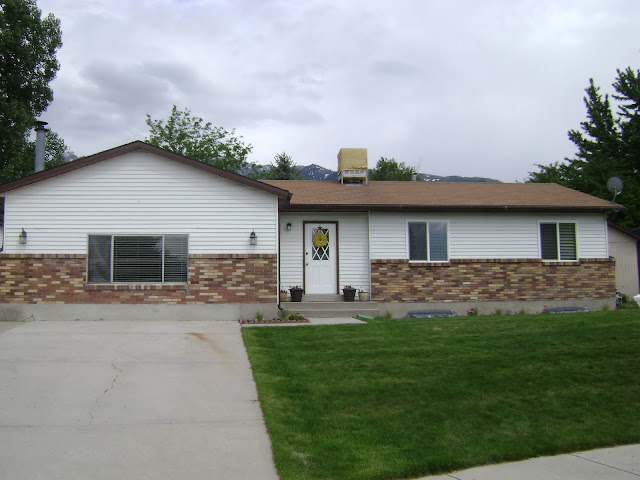 You can see, we moved the mailbox over to make room for the tree now planted in the park strip. Apparently that was the original location for the mailbox, but the old lady who lived here before us kept running it over, so the neighbors helped her to relocate it. We moved it back as I don't believe we'll risk hitting it as often as she once did! ;)

Anyway, the tree was transplanted from Mike's parent's house because it just did not fair well there, so we wanted to see if our sandy soil would be a better fit than their clay soil. It's doing wonderfully, so we're going to buy one more tree like it and plant it to the right, also in the park strip!

Plans for the View from the Street: 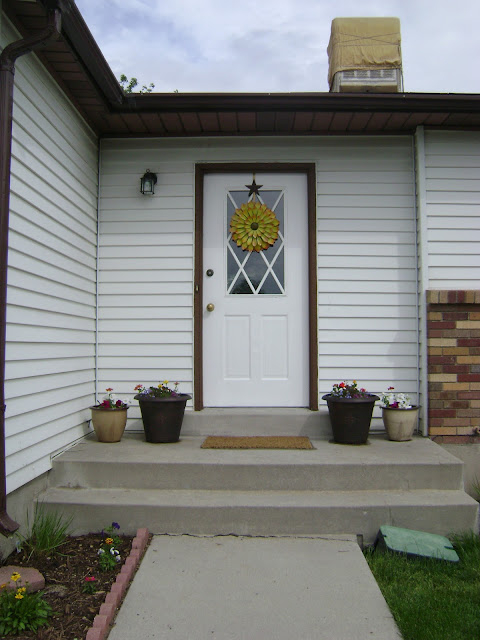 Yeah, this area needs some love. The planters and flowers have helped, but I've got big dreams for this front porch, such as:
As you can see, more BIG plans for our home. We've got our hands full, that's for sure! But, we're loving being homeowners and enjoying this journey! What do you think? Any other fun ideas now that you see what we have before us and the potential for the space?