This past weekend, Michael and I took a trip to Denver for his cousin's wedding. We decided since we hadn't gotten out of Utah in a while, that we would use the opportunity to make it a mini-vacay and spend a long weekend there. We stayed in a nice hotel that gave us warm chocolate chip walnut cookies, swam in the pool, and spent some quality time with the Randall (Michael's mother's) side of the family.

On Saturday, we decided to spend the afternoon at the Denver Zoo before heading to a family barbecue that evening. Most of the pictures we took are from the zoo, because I'm afraid that's when we actually remembered to take out the camera. And besides, nobody really wants to see pictures of us just bumming around in the hotel room at other times, so enjoy these photos of our zoo adventure! 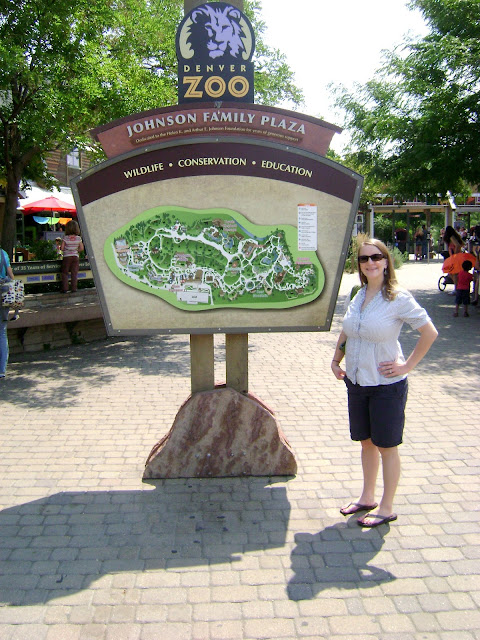 Michael told me to stop in front of the entry sign to the zoo because he needed to document "Baby's First Trip to the Zoo". That man is pretty cute and thinks of everything! 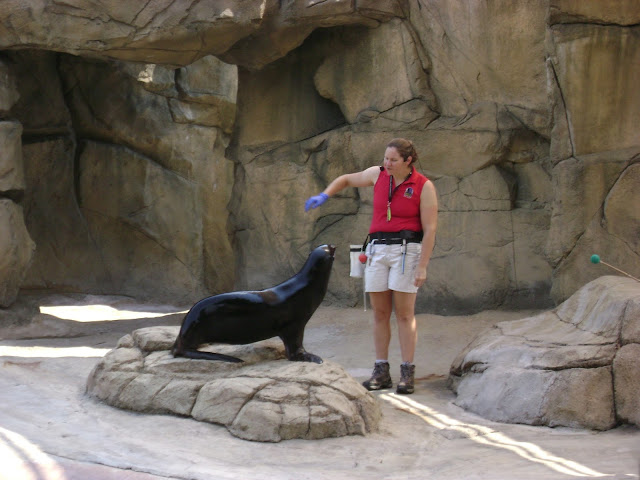 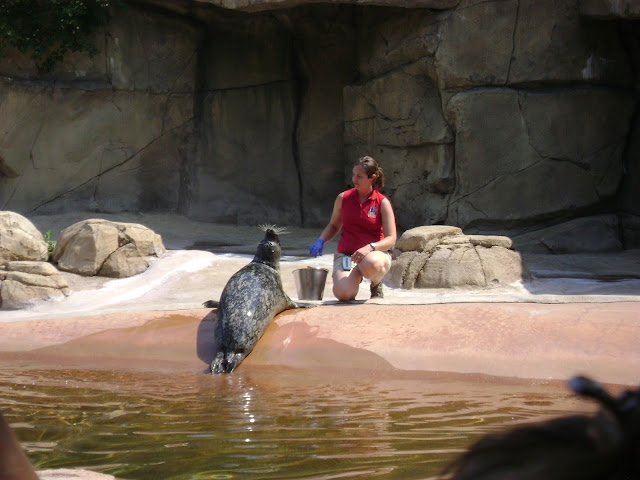 We watched the sea lion show when we first arrived, which was incredibly cute. They clapped, imitated different species' swim patterns (the human version was hilarious...lots of splashing), and the fat guy in the bottom picture bounced around on his tummy. It was a hot day and all I wanted to do was jump in the water with those animals and swim with them! 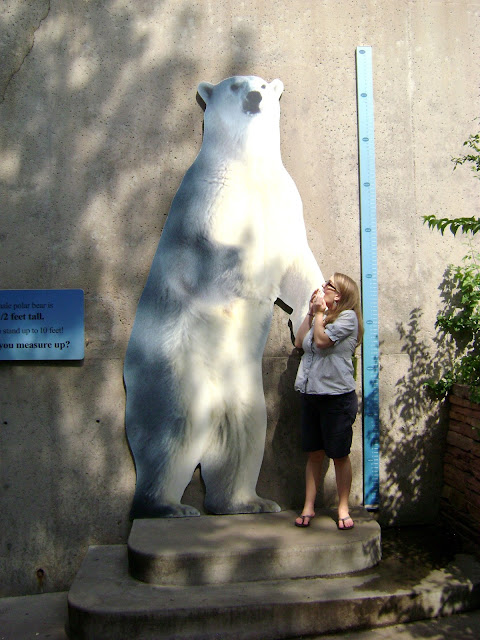 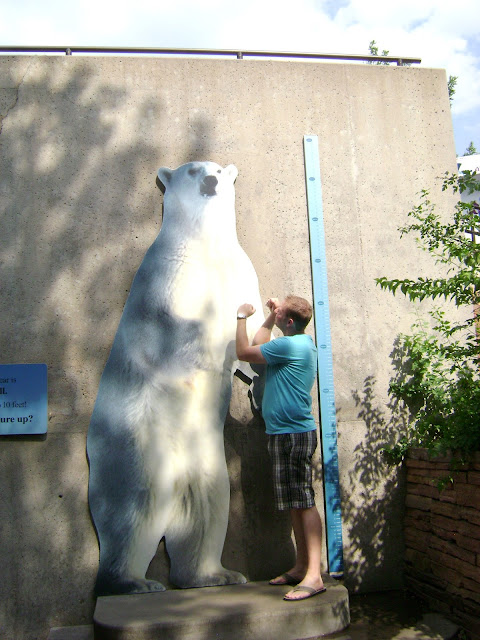 You can tell we're not even close to being the height of a polar bear when it's on its hind legs! 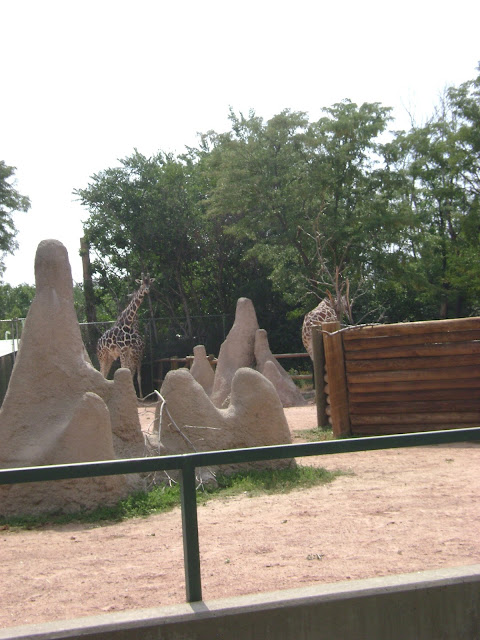 We loved the giraffes. 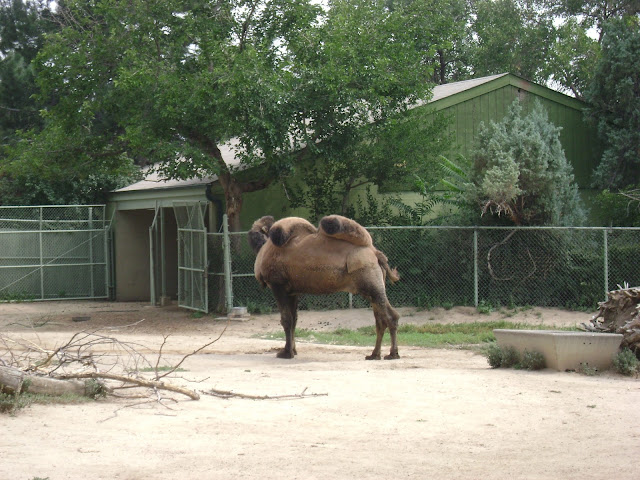 And this camel's humps were not standing upright. Not sure why, but let's just say that our dirty minds made some funny jokes about that fact.... ;) 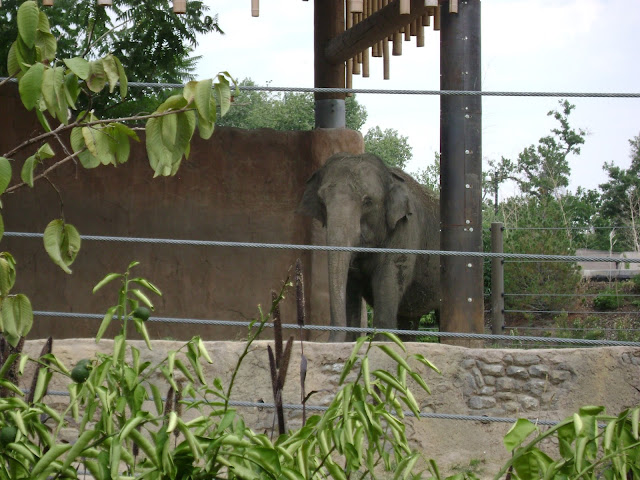 We saw the elephants, and this one I affectionately named Dumbo. Can't help it every time I see one. 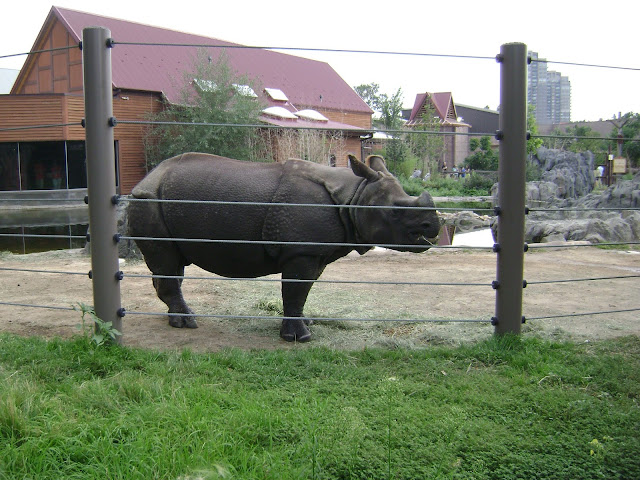 We almost missed the rhinoceros, but caught it just at the last minute, while it was eating a late lunch. I'm still in so much awe at that animal. It's the closest thing we have to a modern version of the dinosaur. 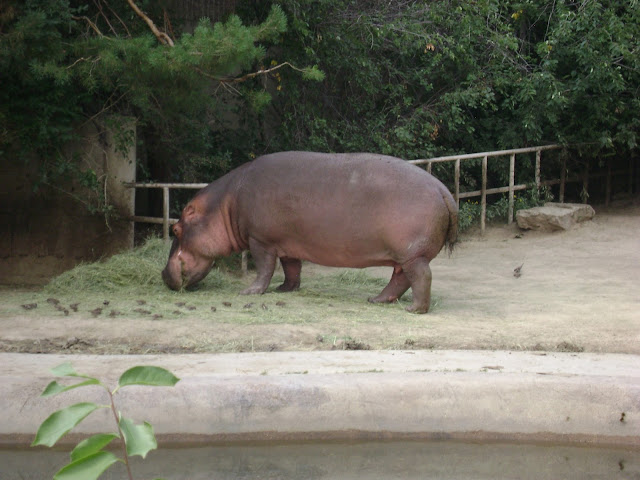 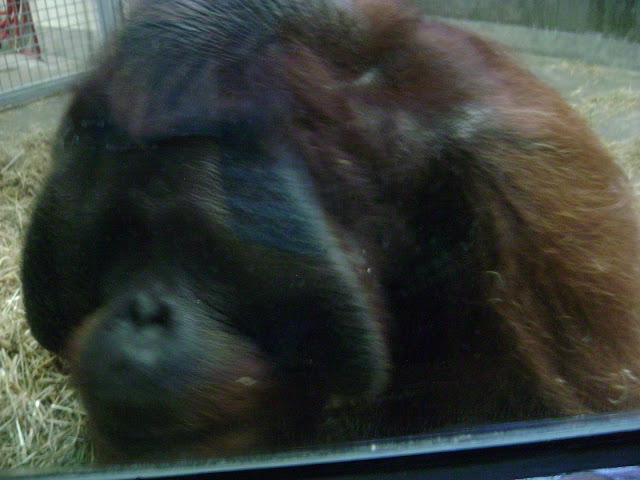 I know it's blurry, but this orangutan was inside his pin for dinner and while we were sitting by the glass decided to come all the way across from the back wall, to look right at me and Michael! Everybody in the building became really excited and crowded around to take pictures. Mr. Orangutan would just look at all of us with the sweetest eyes. Pretty cool for it to come that close! 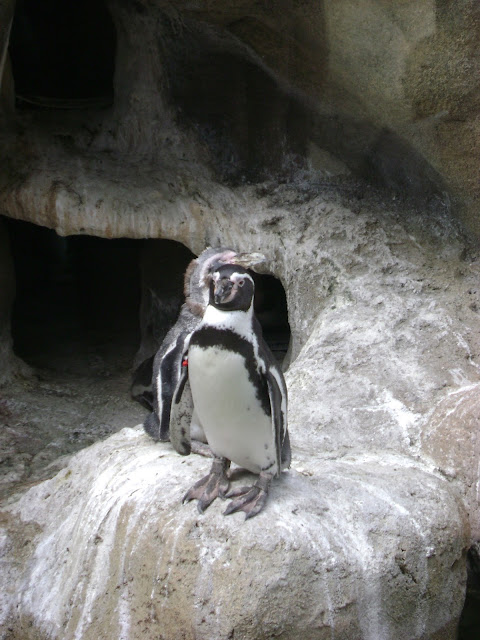 I told Michael that we HAD to see the penguins since we missed their show a few hours before. We found them at the end of the day (finally) and couldn't help but hope that they would start dancing like in Happy Feet! 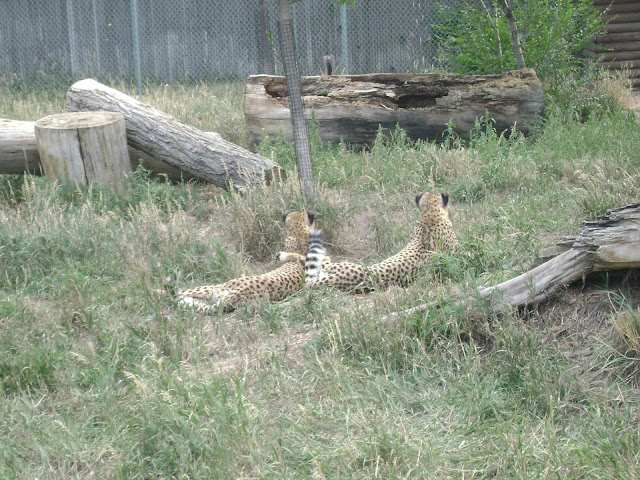 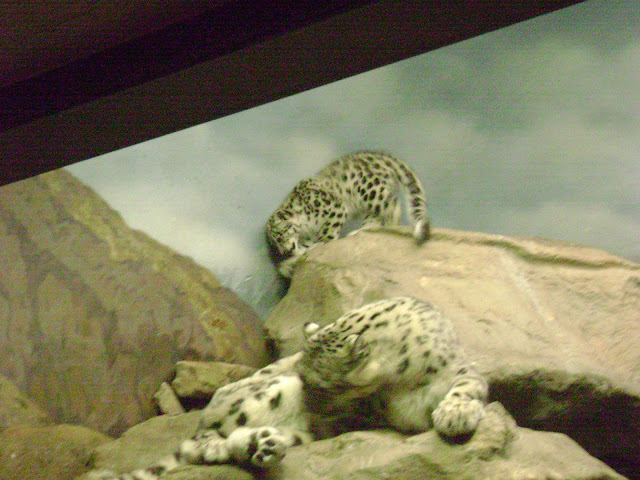 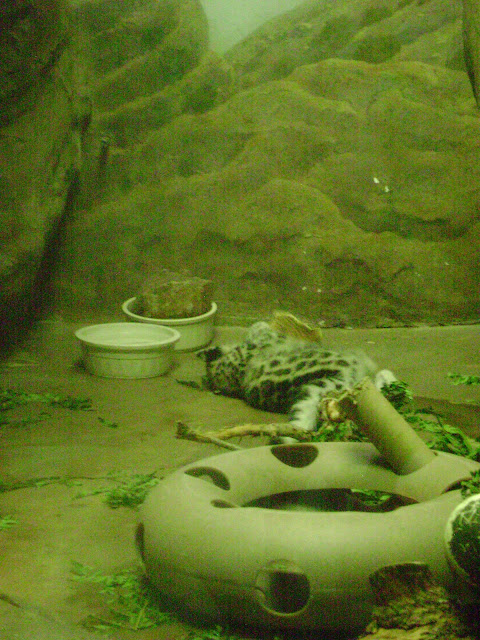 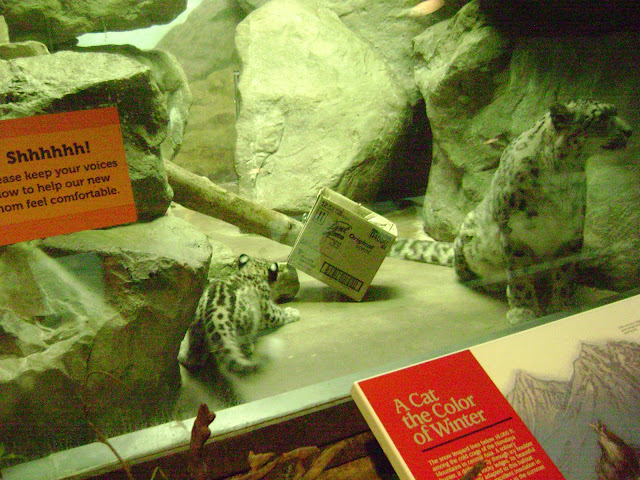 The coolest part of the Zoo day was us finding out that a new baby snow leopard was born just 3 months earlier. The lady who volunteered at the zoo told us that this was incredibly rare for a cub to be born in captivity, especially since the species is endangered. What a miracle for this to occur and for us to watch the adorable little Misha (cub's name) play and pounce around with her mother. There were moments where you could just tell the mom was thinking, "calm down little one...don't pounce on and eat my tail!" It's funny the similarities between parents, no matter what species they may be!
Posted by Unknown at 12:32 PM