Commencing picture overload. And I apologize for the grainy quality of some, it's hard to get the exposure just right in a dark arena with my little point-and-shoot camera. But none of that matters when we get down to the awesomeness that was this concert.

I have wanted to see Michael Buble in concert for many years now and I finally had that dream come true last week at the Energy Solutions Arena in Salt Lake. He was fantastic. I mean, I knew he was going to be amazing, because I've heard wonderful things about his concerts from friends who've attended them in the past, but I was really quite blown away with how great of a show he put on. His opening act, Naturally 7, was amazing. I was left almost completely speechless just watching and listening to them. You must check them out as what they do is nothing short of awe inspiring. 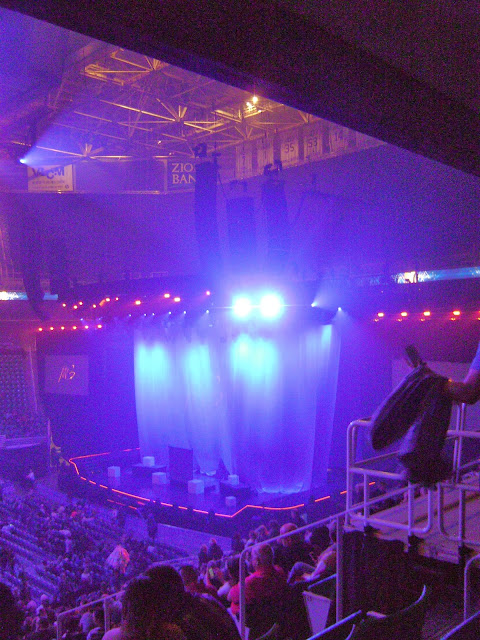 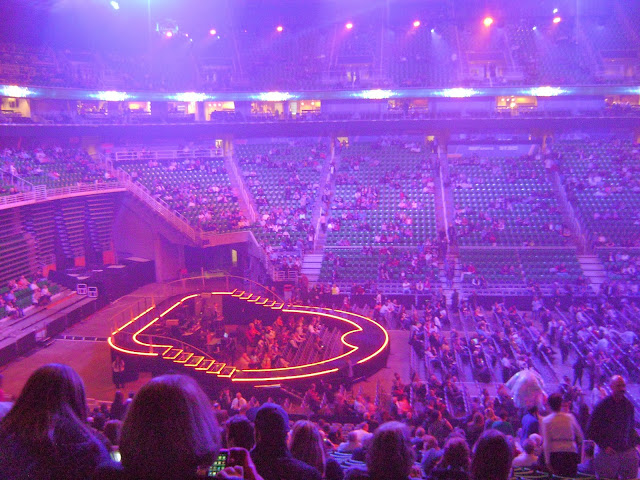 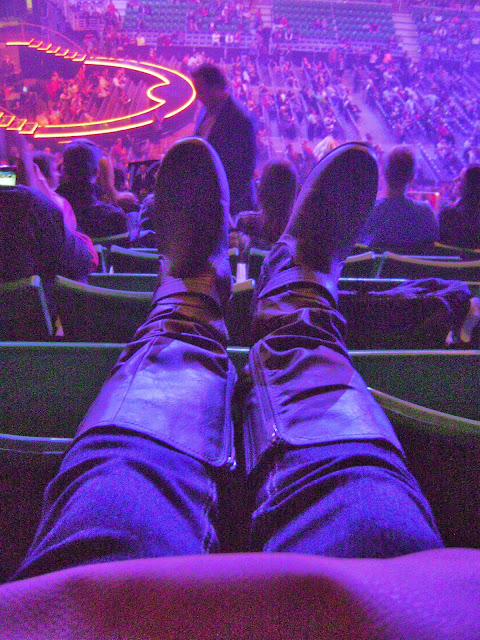 I think what I loved the most about the concert was watching Michael Buble move around the stage. He danced the entire night and had on these slippery shiny shoes, which he used to slide around while dancing. Mark of a true entertainer that one, he engaged all the senses during his performance. Of course, his voice was impeccable and he ended the concert by singing completely acapella, with no amplification or earpieces in. And his voice...it filled up that arena pretty well. I was impressed! 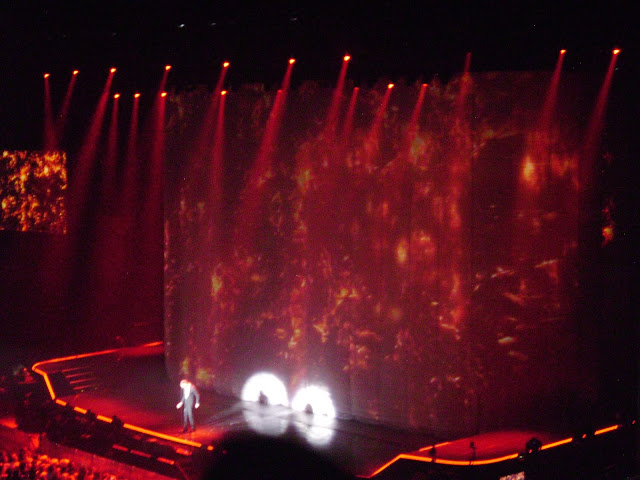 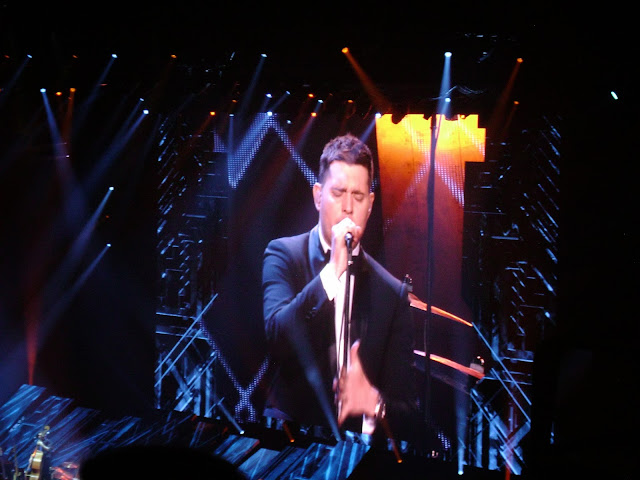 The man's got soul. Another fun story, he bashed on Justin Bieber (fellow Canadian) for about 5 minutes during the concert. It was hilarious. And thank goodness someone with real talent recognizes how silly that little excuse for a singer/Hollywood star is. Ugh, Justin Bieber. He's just a punk that needs to be taught some manners. But I digress. 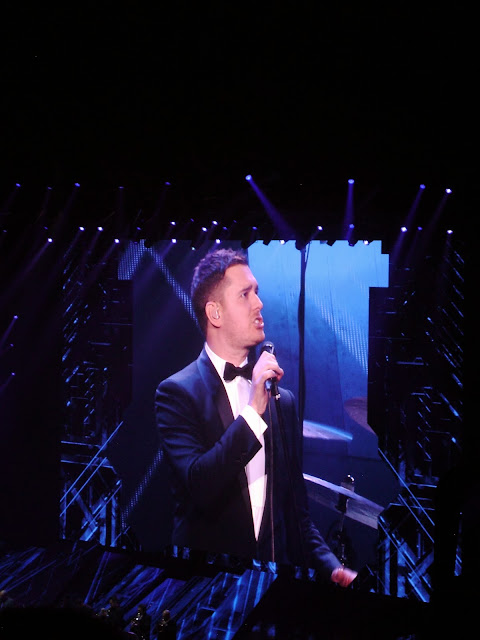 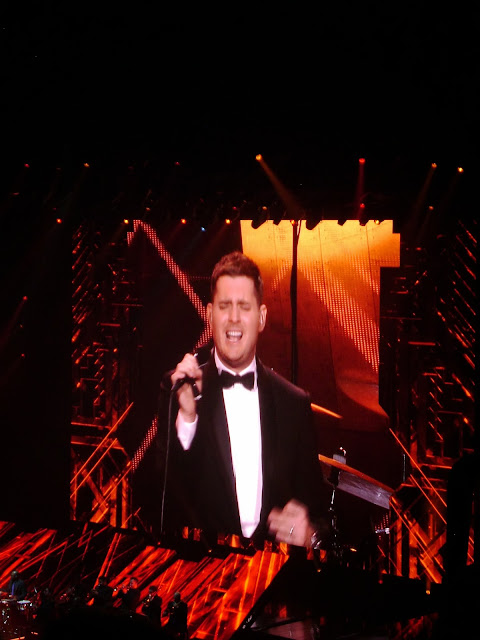 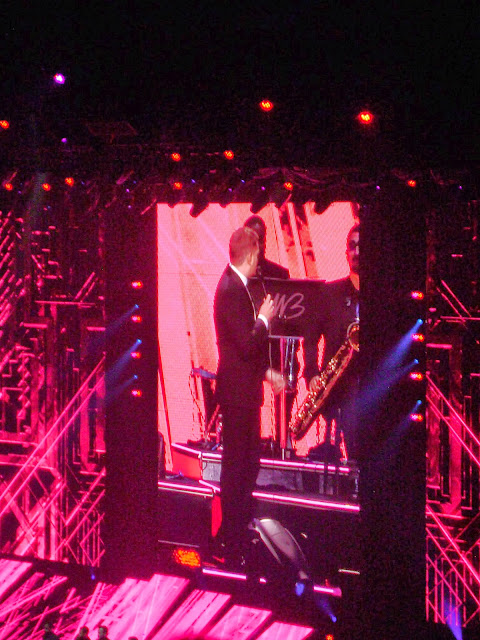 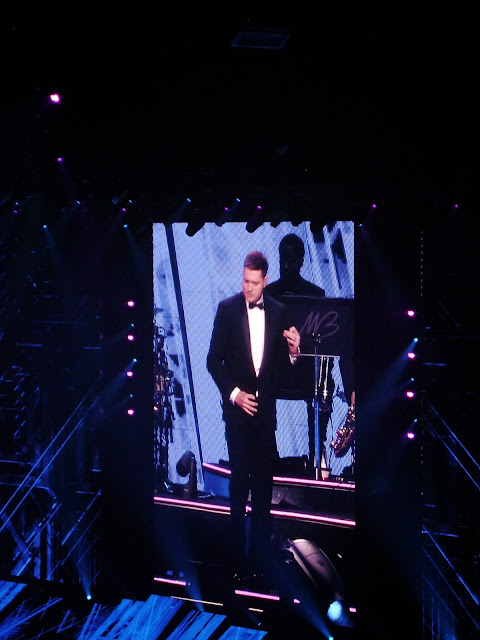 I almost forgot to add that this was baby girl's first concert to attend. And she sure moved around a good bit here and there throughout the event. I can't think of a better concert to start her off with on what I'm sure will be a long history of good music that she loves. 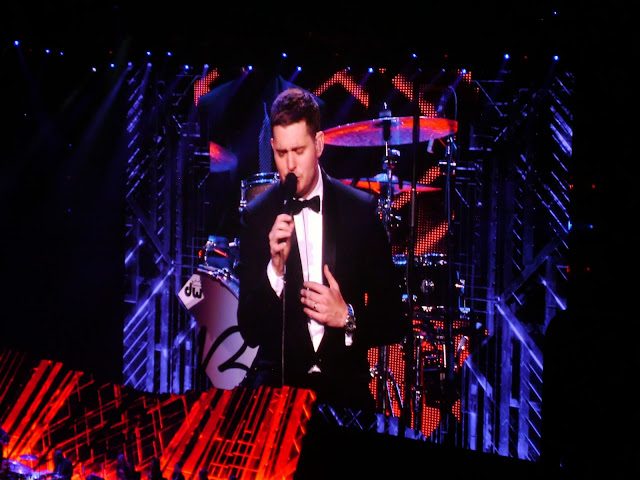 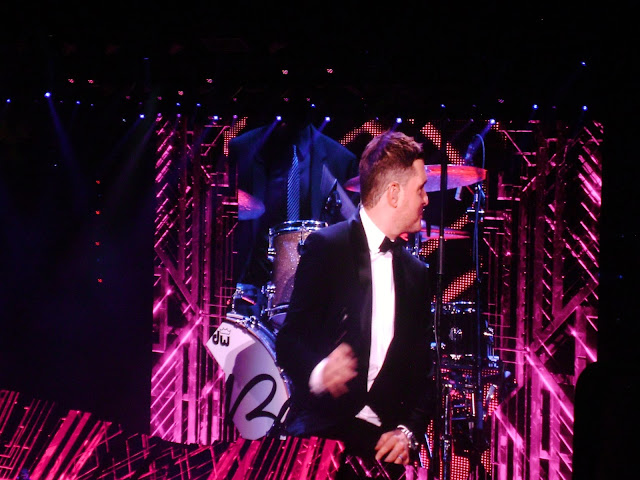 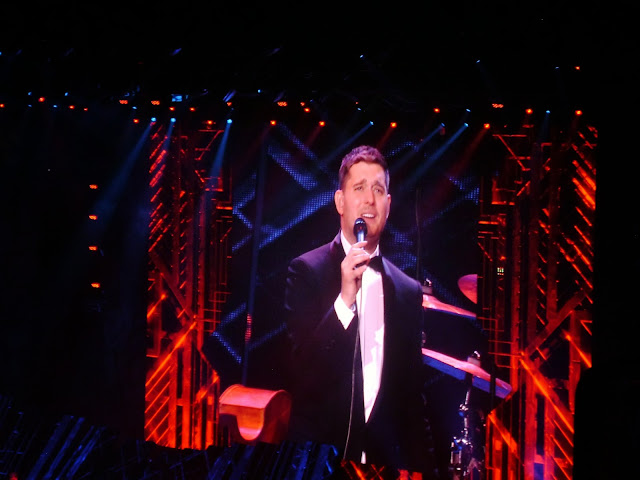 This video isn't that great of quality, but I just had to add it to show you a little bit of his dancing from that night. It was seriously so much fun watching that man move and have fun on the stage! What a great concert and one more I can knock off my concert bucket list.
Posted by Unknown at 1:09 PM